Happy November! Halloween has passed us and we’re headed full speed into the holiday season. I’ve not yet started putting my Christmas playlist on loop, but the time is nearing! Before we get to that, let’s take a look at what I watched in October.

This was a weird month with lots of theater trips and not a whole lot of classic viewing. It was a stressful month in the coursework department, plus I was away from home a lot and contracted a terrible cold mid-month, so I can’t give myself too much flak. On the positive, two of the month’s re-watches were classics: Magnificent Obsession (1954) and That Touch of Mink (1962).

With nearly half of my viewing coming from theater trips, it’s no surprise that the 2010s are the big decade this month. There was quite a bit of variety in decades otherwise, though. No silents or ’80s flicks, but at least one film from every other decade.

October is, of course, the month of all things spooky. For the fifth year in a row, TMP celebrated Halloween with a four-day horror flick festival, Horror Half-Week. This year’s films:

Elsewhere in the month, the Barbara Stanwyck Filmography Project continued with two reviews, Mexicali Rose (1929) and The Plough and the Stars (1937).

The month’s featured “Favorite things about…” flick was How Green Was My Valley (1941). This was one of my Grammy’s favorite films, so I chose to cover it in honor of her birth month.

The “One year, one film” spin-off series, The Critical Eye, saw one new entry this month: Random Harvest (1942). The critics and I agreed that this film is highly recommended!

There you have it — October in review. I suspect November will have fewer theater trips and a focus on world cinema, with FilmStruck launching and most likely occupying every second of my free time! 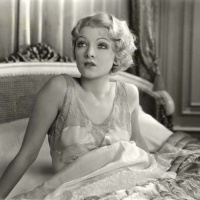