Side Street is another Granger/O’Donnell match-up. And it’s another dramatic one, though not nearly as dramatic as They Live By Night.

The two star as Joe and Ellen Norson, a struggling couple who are expecting their first child. Not knowing where to turn in order to support his newly growing family financially, Joe becomes involved in crime and lets himself get in too deep.

The lesser amount of drama isn’t the only factor that makes this pale in comparison with They Live By Night.

The performances are still pretty good, but not phenomenal. Cathy O’Donnell impresses again, but Granger’s performance falls somewhere between Edge of Doom (in which he was as stiff as a board) and They Live By Night (in which I was highly impressed by him).

As a result of Granger’s somewhat ineffective performance and O’Donnell’s good counterpart, sympathy is drawn for her character but not for his. It is obvious that Granger’s character is very desperate and for that reason resorts to crime, but he doesn’t seem to have a lick of common sense, which makes it hard to feel for his situation.

There are a few bright points here, one being the cinematography. A number of very interesting shots are used, and New York City really shines as the backdrop for the action.

A great performance is also given by Jean Hagen as the boozy, floozy club singer Harriet Sinton.

Side Street is worth watching for the few very good performances and the beautiful photography, but if you’re looking to watching a truly great Granger/O’Donnell film, opt for They Live By Night instead. 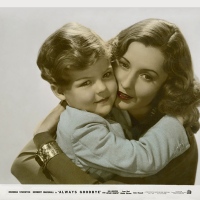