The film opens in a very unique way, reminiscent of a film trailer rather than opening credits. The two leads are shown and subtitles appear of over them to introduce the film.

Without giving away too much of the plot, Farley Granger and the supremely underrated Cathy O’Donnell star as Bowie and Keechie, an ill-fated couple living a life of crime but hoping to better their lives in the future.

I wasn’t impressed by Granger in the last film of his that I watched, Edge of Doom. He redeems himself here. His performance is much less stiff, much more believable.

His performance is very effective in getting the viewer on Bowie’s side. He’s a bit hardened from his life of crime. He’s been to prison. But Granger shows that the character has a good heart as well, despite his many bad decisions. This is particularly apparent in the scenes between Granger and O’Donnell.

An odd but interesting cast of supporting characters also adds a lot to the film. Though Granger and O’Donnell both give great performances, their story alone would not have made for a film as powerful as this one. It’s the unique supporting roles that push the film from “good” to “wonderful.”

The plot is a mix of both crime drama and romance. The romance is more apparent here than in most other noir films I’ve seen, where love is often a subtle side-note rather than a large portion of the plot.  The result is a film that is both thrilling and heart-wrenching. 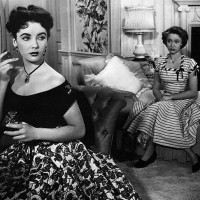