(Note: This film is also known as A Kiss for Corliss. You can find it under this title for viewing on the free version of Hulu, if you’re interested!)

Kenneth Marquis (David Niven) is a charming and wealthy man in the process of divorcing his third wife.

Corliss Archer (Shirley Temple), age 17, becomes enamored of Kenneth. Her father (Tom Tully) is the attorney for Mrs. Marquis, and she has been following the case very closely. Kenneth, in attempt to irritate Mr. Archer (who won a hefty settlement for Wife #3), flirts with Corliss.

Soon after, Corliss learns that her boyfriend Dexter (Darryl Hickman) was seen with another girl at the Penguin Club. She decides to make him jealous by filling her diary with tales of an exciting, but completely fabricated romance with Mr. Marquis.

Richard Wallace directs 1949’s Always a Bride. According to TCM, this was the final film Shirley Temple made before announcing her retirement and beginning her political career.

Corliss Archer was a popular radio character in the vein of Nancy Drew or Andy Hardy — the all-American teen dealing with exaggerated versions of typical teenage problems (in this case, a love triangle involving a fictional romance with an older man rather than a standard high school love triangle).

While this film was reportedly a box office flop, I found Shirley Temple to be a great choice for the character of Corliss Archer. Her teen performances don’t get enough credit, in my opinion. She’s forever known as a child star, but she proved her enduring talents in fun films like this and The Bachelor and the Bobby-Soxer. They’re light films, but still enjoyable.

Shirley is a lot of fun to watch here, and the supporting performances are good as well. David Niven is very funny, with his character’s vendetta against Corliss’ father.

The plot of the movie has a lot more going on than the synopsis above would suggest. I’ve left a lot out on purpose, to avoid spoilers. But I will say that there’s a mix-up which leads Corliss to fake an illness, with quite funny results. The situation gets very complicated, very quickly!

Almost a Bride does feel a bit long for its story. Though more complex than expected, the plot is still fairly thin, relying on the comedy of the scenario rather than building the characters more deeply or further complicating the character dynamics.

Despite these faults, Almost a Bride is overall a nice watch. It’s light-hearted fun for the viewer looking to have a few laughs. The score: 3.5/5 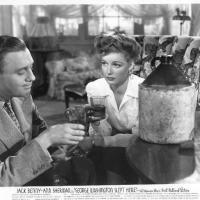 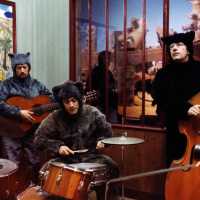