The war is on, and Dave Stewart has been on active duty for over a year with his buddy Fixit Gilman. They’re finally being given a short leave to visit California.

While on their three-day pass, Dave and Fixit head to Pasadena, where Dave went to college. On the bus, they meet Cora Colton (Faye Emerson) and Janet Wheeler (Eleanor Parker). Girl-crazy Fixit is instantly smitten with Cora, while Janet recognizes Dave from her days as a Cal Tech canteen worker.

It’s been a while since Dave left school, and he doesn’t really know anyone in town, so Janet invites him to dinner. The night doesn’t go too smoothly, with most of Janet’s family reacting rudely to Dave’s sudden appearance, but love begins to blossom for the two.

With war and Janet’s stubborn family threatening to come between them, can Janet and Dave make things work?

The Very Thought of You was directed by Delmer Daves. The screenplay was written by Alvah Bessie and Delmer Daves, from an original story by Lionel Wiggam.

Moving from a snow-covered barrack to the sunny streets of Pasadena, the weather isn’t the only major change that awaits the men when they return to the U.S. on leave. They find the war has changed a lot of things on the home front.

David seems deeply affected by all that’s happening, but Fixit remains most interested in the ladies! He’s much less serious and much more light-spirited than his pal. (He’s described in the film as a “walking vitamin tablet,” which is hilariously accurate.)

Fixit lends the story a screwball sensibility, along with his lady, Cora (Faye Emerson). They’re great to watch together.

Soon enough, David becomes somewhat preoccupied with love, too. He and Janet meet when he practically falls into her lap on the bus. They have a lovely, easy chemistry that brings many sweet moments to the film. (That kiss on the mountaintop! That beach camping honeymoon! Too cute.)

Both of the film’s romances are nice to watch, but I really appreciated this film’s focus on the experiences of women on the home front. We see women at work in the factory (including Sybil Lewis in a far-too-small, uncredited role as Hope). We see devoted military wives raising their families and contributing to the war effort.

We see hope and strength, but we also see the trauma. Andrea King’s character of Molly calls her sister a “war widow” the minute she returns home as a newlywed, immediately assuming that no one she knows will end the war unscathed. Her own marriage has been nearly destroyed by her anxiety over the war.

Molly and the rest of Janet’s family can be a little infuriating to watch at times, in the ways they seem to scheme against her happiness. The one exception is Pop (Henry Travers), whose wisdom and closeness with Janet were another highlight of the film for me.

The Very Thought of You is generally a very sweet film, and a pure romance at heart despite its touches of wartime commentary. I would recommend it in particular for fans of Eleanor Parker, who gives a lovely performance and really grabs the viewer’s heart. 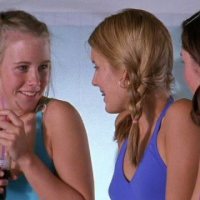 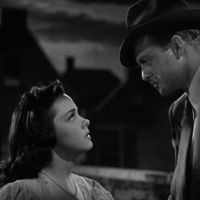 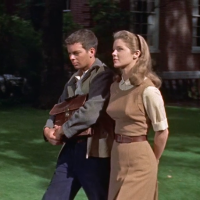 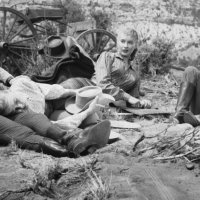 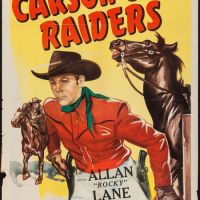