The Times Leader of Cavity Rock, California has just been given the honor of being named “America’s most typical small-town newspaper.” This may not sound like a great honor, but it is cause for celebration for the newspaper’s staff.

The title also makes for a big opportunity for Homer Smith (Robert Young), the leading Times Leader small-town reporter. He gets to travel abroad and do some war reporting, sending all of the dirt he digs up back to America in a series of articles that will be nationally syndicated in other small-town newspapers.

Ship wrecks and spy conspiracies await Homer in Cairo, where he gets himself into a mistaken identity dilemma opposite an American singer and actress named Marcia Warren (Jeanette MacDonald), who he’s convinced is a spy.

Homer gets the scoop and makes a few headlines of his own in 1942’s Cairo, directed by W. S. Van Dyke (Maj. W. S. Van Dyke II, as the opening titles are quick to point out).

Unsurprisingly for an American film released during wartime, this film definitely demonizes the Germans. There is an odd mix of moods at play throughout the film: light comedy and music are blended with more serious and timely subject matter relating to the second World War. There’s even a scene in which Robert Young drops bombs from a plane to wipe out the enemy!

The film excels in its lighter moments, aided by the oodles of fun dialogue written into the script. A favorite from Jeanette MacDonald as Marcia: “He won’t go out if we don’t go out, and we can’t go out if he doesn’t go out. But if we won’t go out unless he goes out, maybe he’ll go out!”

Robert Young was a great choice to lead this film. He’s believable as an everyman reporter, but is also quite charming and energetic. The film has a lot of fun moments revolving around Young playing super-sleuth. One scene in particular that I loved had Young attempting to decode a “secret” message from one of the songs that MacDonald sings. He uses a little pocket-sized code-breaking book and writes on a napkin… only to find that it decodes to the name of his hometown, “Cavity Rock.”

He has no trouble carrying the film, and he’s got wonderful chemistry with his leading lady, Jeanette. The two share a lot of verbal sparring and banter.

A great supporting performance is also given by Ethel Waters, who is a real bright spot of the film. She plays Marcia’s maid but they have a great sense of camaraderie, seeming to truly enjoy one another’s company. They have fantastic comedic chemistry, and the early scene where they sing dialogue to each other while Marcia is in the bath is gold. Of course, the film doesn’t make full use of Ethel’s spectacular talent, but she and Jeanette are a fun pair to watch.

Cairo is an enjoyable wartime musical with an edge of drama. Though it doesn’t perfectly balance its drama with its lighter moments, it’s a good watch. The score: 3.5/5 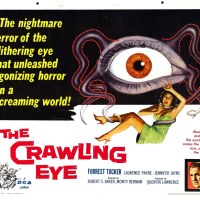 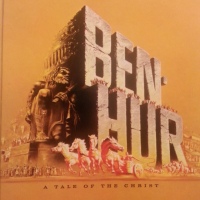