Lorry Evans (Constance Bennett) and Minnie Brown (Pert Kelton) have been released from jail and are boarding a boat for New Orleans. They’re short on money and prospects, but hope they’ll have some luck in the city.

When they run into trouble on the boat, Lorry jumps overboard to avoid being arrested again and is pulled from the water by cotton barge skipper Dan (Joel McCrea). There’s a spark between them, but Lorry has her heart set on hooking a rich man, which she just may succeed in when she meets Stephen “Stevie” Paige in New Orleans (John Halliday).

Will Lorry choose a life of luxury with Stevie, or will she follow her heart and choose Dan?

Bed of Roses was directed by Gregory LaCava. The film was written by Wanda Tuchock, with additional dialogue by LaCava and Eugene Thackrey.

Constance Bennett is a lot of fun to watch in the role of Lorry — a great casting choice to lead the film. She has plenty of sass, but the viewer also roots for her.

Her chemistry with McCrea is nice, with a few great screwball moments. Their meet-cute involves her literally kicking him off of a boat, into the water! There’s tension between them early on, evolving into syrupy adorableness. (That proposal scene killed me.)

In typical pre-code fashion, Bed of Roses is a bit saucy. Prostitutes, sugar daddies, drunken hook-ups, oh my! When we meet Lorry and Minnie, they’re being released from jail and heading to New Orleans. We learn that Lorry’s been in several times. Outside of the gates, when a priest offers to help her, she responds, “Toodle-oo and thanks for tryin’!” A bit later on, Minnie propositions a man, her exact words censored by a boat’s foghorn!

All of that spice put aside, this film can really be boiled down to one single quote from Minnie: “I like to see true love triumphant.” There’s plenty to keep the viewer entertained: a budding romance between Lorry and Dan, Lorry’s “arrangement” with Stevie, and Minnie’s scheming. But the heart of it is Lorry’s discovery that love conquers all.

Of course, since she’s a prostitute,  her journey to that revelation isn’t an easy one. She and her love separate for a time, leaving her to work a legitimate job at a department store and prove that she can lead a straight-and-narrow life.

Bennett and McCrea are two actors I’ll watch in basically anything, and I enjoyed watching this film because of them. It’s fluff, in no way remarkable and in many ways predictable, but the cast and fun bits of pre-code appeal are worth tuning in for. 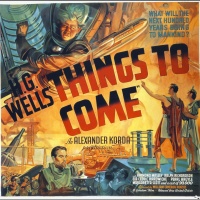 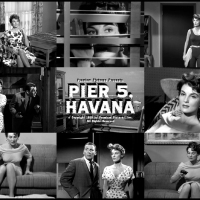